EdgyCute: From Neo-Pop to Low Brow and Back Again Review 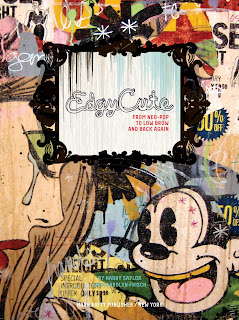 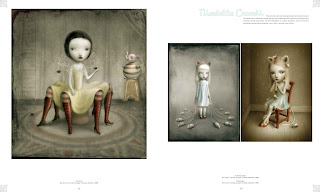 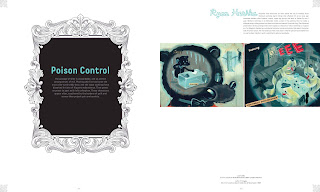 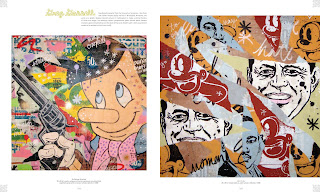 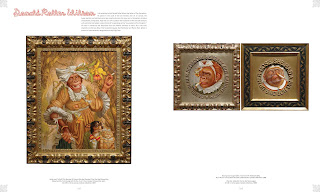 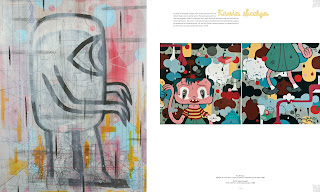 From the start EdgyCute is friendly and relatable, it wants to be liked, which is not to say it is going to play nice, it is mean and it will make fun and it will rip piss out of the hand that feeds.

So what is EdgyCute? Well it is the work of certain contemporary artists and illustrators whose work comes from a marriage of obsession with graffiti, neo-pop, j-pop, various subcultures, mass; media, technology and consumerism, art history... and cartoons. Two fantastic essays and an introduction from Harry Saylor (of the Orbit Gallery) really appraise and contextualize contemporary image making, thus terming EdgyCute. Godfathers and components of the movement include Mark Ryden, Tim Biskup and the Clayton Brothers (just to give you a starting point).

Complementing the globalized, superflat subject matter and poppy, playful aesthetic the book also looks at the influence of illustrators on fine artists and vise-versa. It's something few will readily approach or even concede as the idea either muddies fine art with something so commercial and public or contradicts illustration's purely functional nature. Looking at artistic achievements in terms of commissions and exhibitions as well as auteurship and theory is refreshing and it sets it aside from other (still great) books such as The Upset and the recent Hi-Fructose Collected Edition.

Now with such diverse work in terms of both style and content it could have very easily resulted in an incredibly mixed up book, but it is broken up into broad chapters so it is digestible. This does not so much mean the chapters present work as generic, just a case of enabling an understanding of context and relating. For example: Disney Poison shows how evil is forgiven with an innocent, cute face but still contains a wide variety of artists such as Kathie Olivas and her freakishly deformed children and evil disney animal friends complete with halloween death masks, Brandi Milne and her sickly sweet bubblegum food critters and Nicoletta Ceccoli and her mysterious melancholy young girls. Other chapters include Evil Seduction, Mid-Century Nostalgia, Heroes and Surreal.

In the process of exploring this book I discovered several artists who I feel are of particular note who I had not previously uncovered (as well as a few old favourites). Ryan Heshka has been a favourite for a while, his paintings scream classic sci-fi, presenting small stories complete with dialogue, quotes or slogans reminiscent of comics or cartoons and distressed to give a true vintage feel. Gary Taxli's creatures are quirky, weird, vulgar, idiotic little things that bring a smile, reminiscent of early screen print design works on found objects. Greg Gossell's seemingly torn-up billboard paintings are laden with pop images and text taken straight from the collective conscious and rendered in a whole rainbow of colours. Brian Taylor's sci-fi-cartoon hybrid screen prints are thoroughly entertaining in their immediate simplicity and quirkiness. Gerd Dagne's paintings draw you in at first glance with their skill and initial recognizing appeal then disarm you with their subtle complexity and darkly comedic and reflective quality. So I don't go on forever I will finish with comic book artist and illustrator Kevin Scalzo whose layered paintings contain samples from an infinite numbers of image, line and mark sources and belong to a very exciting discourse in painting of sampling and creating and existing somewhere between figuration and abstraction.

All in all this is another wonderful book introducing new image making and its context (and there aren't many or enough). It is thoroughly readable (and understandable), intelligent and fucking fun.